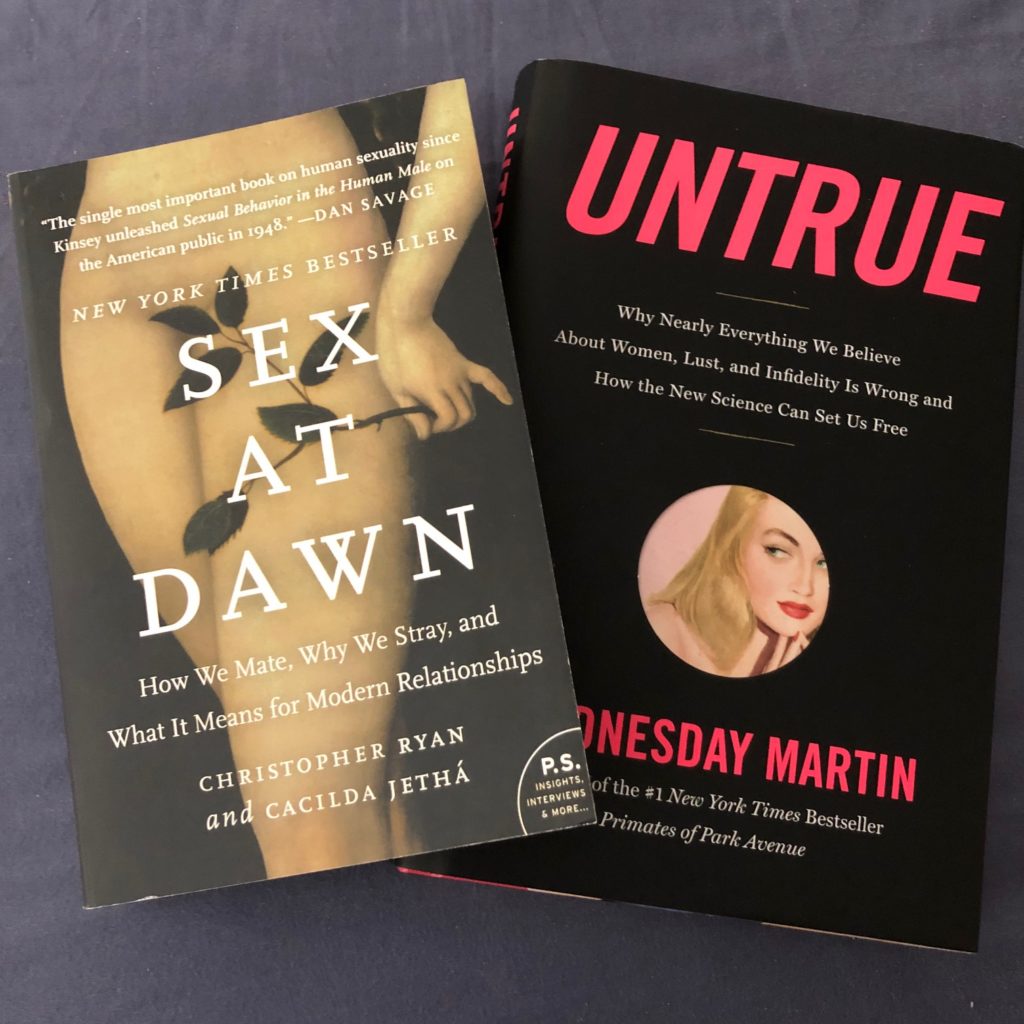 Open Love NY is proud to present two incredible authors to talk about the science of sex, relationships and the evolution of our cultural landscape. Christopher Ryan is co-author of the acclaimed NYTimes bestseller Sex at Dawn: The Prehistoric Origins of Modern Sexuality, and will be in conversation with Wednesday Martin, author of #1 New York Times bestseller Primates of Park Avenue about relationships, sexuality, their respective work and her new book UNTRUE: Why Nearly Everything We Believe About Women, Lust, and Infidelity Is Wrong and How the New Science Can Set Us Free. UNTRUE, one of Kirkus Review’s best books of 2018, has been called “revolutionary” by the Atlantic and described as “Sex at Dawn for women.” Sex at Dawn shifted our cultural conversation about monogamy.
Christopher and Wednesday will discuss recent science and social science about sexuality in UNTRUE, and their thoughts on our shifting beliefs about love, lust, sex, fidelity, and families.
They will field questions from the audience and sign books after. We hope you will join us for a very special discussion group event!
Tuesday, April 23rd, 7:30 to 9:30 pm
Ripley Grier Studios
305 W. 38th Street, Room 210
New York, NY 10018
$10 admission at the door ($8 for members with bracelet or button)
To request a financial waiver for this event, email mischa@openloveny.com
About the speakers
Christopher and his Cacilda Jethá, MD co-authored the New York Times best-seller, Sex at Dawn: How We Mate, Why We Stray, and What it Means for Modern Relationships (translated into 15 languages). He has been featured on major media outlets across the globe, including MSNBC, Fox News, CNN, NPR, The New York Times, The Times of London, Playboy, El Pais, La Vanguardia, and many others. Chris has been a featured speaker at TED, SXSW, The Festival of Dangerous Ideas at the Sydney Opera House, and the Einstein Forum in Pottsdam, Germany, provided expert testimony in a Canadian constitutional hearing, and appeared in well over a dozen documentary films.
Wednesday Martin is a #1 New York Times bestselling author and feminist cultural critic who focuses on gender, motherhood, parenting, and female sexuality, with an emphasis on cross-cultural perspectives. Her work has appeared in The New York Times, The Atlantic, Time, The Journal of Sex and Martial Therapy, and more. UNTRUE is one of Oprah’s Spectacular Books of 2018 and also one of Self and Elle’s Best Books of the year. The Times called it “witty, engaging…and fascinating.” It has also been described as “incendiary” and “revolutionary,” and The Atlantic noted that “it may well set off nuclear bombs in bedrooms and boardrooms.” Wednesday earned her doctorate at Yale, where she focused on the history of anthropology and psychoanalysis. She has taught at Yale and the New School for Social Research.